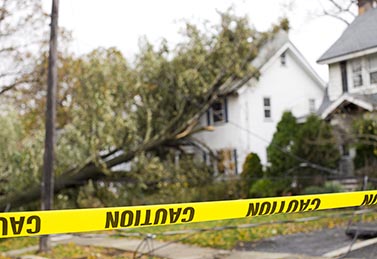 How is the appraisal profession likely to be affected by the recent hurricanes in Texas and Florida? More generally, can appraisers find ways to keep their businesses going, and maybe grow them, following catastrophic events of that kind? What does appraising after natural disasters look like?

According to appraisers recently contacted by McKissock, natural disasters—although certainly not desirable—can bring more work to the industry. Commercial appraisers might find it hard to get work since commercial transactions might be drastically reduced in the short term, but rebuilding—and more lending—will follow. Residential appraisers might have difficulty coming up with comps for damaged properties, but that, too is a temporary condition, and in any event, demand for appraisal services will be high.

In Chicago, Richard J. Roddewig, MAI, JD, CRE, FRICS, president and co-founder of Clarion Associates, notes that the Appraisal Institute issued guidelines in the wake of Hurricane Katrina, which struck Louisiana in 2005, that instruct appraisers on any extraordinary steps they might have to take in a post-disaster appraisal.

“First, make sure you understand the recognized techniques for stigmatized properties,” he advises. “In Houston, more than in New Orleans, we’ve heard reports of chemical contamination. They’re trying still to figure out what contaminants are there and how they have affected properties. You might see a temporary stoppage in activity, but lenders will be trying to help people refinance their homes.

“You’ll see some focus on the need to identify the date of valuation of a property, and whether you’re being asked to provide an appraisal as of that date, when there’s a market disruption, or base your appraisal on assumptions about a working marketplace. Bear in mind also that undamaged properties might have a spike in their value because demand will increase.”

Eric Bowden, owner of Bowden Appraisal/Bowden Realty, Houston, agrees that it can sometimes be hard to find good comps immediately following a hurricane or other catastrophic event, but he says demand from lenders is high for disaster inspections.

“Any open loans for purchase or refi require a disaster inspection completed by an appraiser,” he notes, “whether it’s a drive-by or a full inspection. Lenders just want eyes on the property. As we talk, I’m in south Houston, driving by piles and piles of debris. I’m doing two disaster inspections today.

“This disaster is unique in that the amount of rainfall and saturation caused flooding neighborhoods that were never flooded before, affecting thousands of properties that don’t have flood insurance.”

Bowden notes that some homeowners, never expecting to need it, didn’t carry flood insurance, and thus have to declare their home a lost asset. This creates a problem for him in that the neighborhoods where those homes are located don’t have as-is comps. So, he found flood-destroyed properties in other areas, from which he was able to extract comps which, he says, aren’t perfect, but they’re useful.

“Those numbers seem to add up,” he says, “and we’ll have more comps as investors come in and purchase these properties.”

Peter McEnery, MAI, CRE, president of the McEnery Co. (Covington, La.) recalls that Hurricanes Katrina and Rita temporarily devastated his business in 2005, especially along the mouth of the Mississippi River, Lake Pontchartrain, and the eight “Florida Parishes.” In the immediate aftermath of those storms, he says, the parishes around New Orleans were shut down for about three months, with massive population displacement.

“We specialize in commercial appraisals, and for us, there just wasn’t any work,” he recalls. “Banks, attorneys, CPAs, and investment portfolio managers were wondering how to rebuild and weren’t ordering appraisals. We may see that experience replicated now, in Houston and the Florida Keys.

“We were fortunate to have everything up and running by the end of the week after Katrina, but we had no business to speak of until the end of 2005. So we became active in brokerage, which proves that it’s nice if you can diversify and adapt. But we realized we had to get back on track to do appraisals again. Appraisers who are positioned correctly, after a disaster, will find that they’ll become very busy.”

Recovery happens in the wake of the storms

After the market has caught its breath, McEnery explains, recovery efforts begin—which means new construction, rehab, and renovations. Many loans are required, as well as

tax support in the affected areas. The housing market may slow down for a while, because potential incomers will say, “We’re not moving to New Orleans: It floods.” But that sentiment wears off quickly, says McEnery.

“New Orleans is still going to flood,” he warns. “The drainage is mismanaged. But people came back in. The recovery efforts generated economic activity, and appraisers benefit from that.

“In Houston, the antiquated reservoirs on the west side of town will probably have to be addressed, which means huge expenditures in heavy construction, which means condemnation will occur—which means properties will have to be appraised for the purpose of taking them for the public good. Or an appraiser might be involved in the acquisition of right of way, with all the litigation that comes out of that. An appraiser who knows what he’s doing could do a lot in litigation support.”

Lazaro Solis, deputy property appraiser for Miami-Dade County, remarks that natural disasters affect fee appraisers differently from how they affect government appraisers. As a county appraiser, under Florida law, he’s bound to use mass appraisal techniques, which are statistically driven.

“Properties in all 67 Florida counties need to be looked at similarly so as not to create inequities,” he explains. “Our assessment is based on the property’s value as of January 1 of any given year. If a storm comes in in September and wipes you out, you’ll still get a tax bill, because the house was there on January 1, but if we assess it on January 1, 2018, we would take the damage into account. The land would retain its value but the home itself would be adjusted, so next year’s tax bill might be a lot less, or even zero.

“Normally the fee appraisal market is driven by the real estate market. If sales slow down, your business dries up. County appraisers’ jobs are guaranteed.”