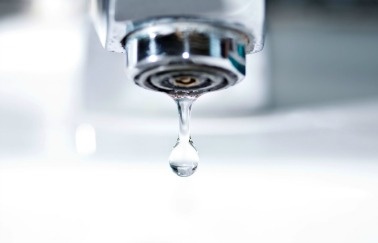 It’s been a few months since the national state of emergency was lifted from Flint, Michigan. But the city’s housing market may be in a state of unrest for several years as water pipes are replaced and the real estate market continues to stabilize from its recent lead poisoning crisis, according to appraisers consulted for this story.

Depending on who you ask, property values are expected to drop anywhere from 15 to 30 percent as a result of the crisis. Those are the figures appraiser Diana Jacob quotes for natural and environmental disasters, having traveled around the country to assess property impacted by such emergencies.

The Louisiana appraiser knows from personal and professional experience about the effects of environmental disasters—including groundwater issues—on property values. When appraising homes in rural Georgia affected by groundwater contamination in the 1990s, lenders raised interest rates at least 10 percent above normal rates because of the high risk, said Jacob, who is also an appraisal consultant and educator. “I could hardly find anyone to underwrite a loan.”

About environmental emergencies, she said, “It is a big deal, a very big deal, and it is far reaching.” Jacob can cite a list of illnesses she and her family have experienced from growing up in a home with lead paint, digging out from Hurricane Katrina and the latest flooding in Louisiana.

Contamination complaints begin when someone gets sick and traces the illness back to their home, Jacob said. In Flint, a spike in cases of Legionnaires’ disease is believed to be linked to lead seeping into drinking water from deteriorating pipes. The disease is a form of pneumonia caused by bacteria that lives in warm, stagnant water. The number of people infected with the disease rose two years ago after the city switched to the Flint River as its water source in an effort to save money.

Researchers found that samples of lead from Flint tap water were above the Environmental Protection Agency’s standard of 15 parts per billion. Flint declared a state of emergency late last year, with the county and state following soon afterward. High levels of lead in water are known to cause learning disabilities. Lead poisoning is especially dangerous for children and pregnant women.

Health risks from the home are among the factors Jacob takes into consideration when appraising property values.

What the oil industry was to Lafayette, the auto industry was to Flint. The vehicle city’s real estate faced a downturn during the recent recession with the departure of the area’s biggest employer, General Motors. Home and sale prices were already depressed when lead was discovered in the water, said John B. Snyder, a Flint appraiser. His father died last year of Legionnaires’ disease in Flint, so Snyder also has a personal interest in the water situation.

It doesn’t help that Flint has the worst vacancy rate in the nation, according to ATTOM Data Solutions, which tracks housing data. Flint tops the 10 most vacant U.S. cities with 7.1 percent vacancy rate in ATTOM’s third quarter report. Flint also topped the vacancy rate charts for the previous two quarters.

Snyder found that there were a lot more homes on the market than actually sold, but the number gradually decreased between September 2014 and September 2016, according to his survey. “We’ve had a significant number of sales for a city this size.”

Of the Flint real estate market, he said, “I would have thought it would have caved and it didn’t. Go figure. People say you can’t sell houses in Flint. From the MLS, I found that yes, you can. They will say you have to sell for less. You don’t.

“It’s possible that there is some loss. However, the charts don’t support it, based on average. However, as Ben Franklin reportedly said, ‘Average is like having one foot in an ice bucket and one in a fire,’ or so it seems in Flint. Neither is comfortable.” Number of homes for sale vs. sold in Flint, Michigan. From September 2014–September 2015.

Do deals fall through as a result of the water concerns? “Sometimes they do,” Snyder said. “More fell through when it hit national news, but the amount of deals seems okay for our size now. Hell, we lost 100,000 in population in the city while the county remained relatively level. People are still looking to move out of the city to the ‘outcounty’ area [outside the city limits] via purchase or rent. The rent market appears strong in the outcounty. Renters in the city understand and use filtration systems. Some homeowner put in filtration systems [worth thousands] so those have to be figured in the valuation.”

There are also plenty of other complications in the real estate market. Earlier this year, mortgage lenders started requiring home buyers to prove the home’s water is safe before they’ll insure a loan on the property.

Snyder said that long before the area was officially declared a disaster, most local appraisers were citing water problems and asking for inspections verifying water quality. Every property financed by government lenders has to have a “subject to” clause, meaning the value was “subject to” providing a water quality test, he explained.

Appraisers also have to verify what water system a property is using. In the city of Flint, the water had to be tested. “In the outcounty, there were just a few small areas that had city water. The rest were still on county water bought from Detroit and supplied by Lake Huron. Any others were on private wells. We still had to prove where we received the information. Quite a few of us would take a picture of the well and attach the city our county records to the appraisal.”

The situation created another level of bureaucracy, checks, and balances, Snyder said. “The county clerk is setting up a system that will flag the deed if the water pipes have been replaced. However, who knows when that will be complete. Most appraisers check trends daily. Clients from out of town have to be warned if they’re looking to buy, and we do that on any appraisals in the county.”

Cases of lead in water have also been reported around the country, including other areas of Michigan, New Jersey, and Colorado. Snyder expects many older, industrialized cities to face similar problems with aging, deteriorating pipes.

Eventually, the stigma linking Flint with tainted water will dissipate, Jacob said. She points to Three Mile Island 1979 nuclear meltdown in Middletown, Pa., as an example of a community bouncing back from an environmental tragedy.

In the meantime, concern about Flint water continues to shake confidence, Synder said, and that uncertainty will remain for a while as the government replaces aging pipes. All Flint appraisers like Snyder can do is take a wait-and-see approach. “It will be interesting to watch in the next six months to a year.”

Article by Roni Robbins. Roni Robbins is a 30-year journalist with business, environmental, and real estate specialties. She wrote real estate articles for Mother Nature Network, the Daily Report, and Atlanta Journal-Constitution. She also reported for the New York Daily News, WebMD, and Adweek with stories picked up by The Huffington Post, Forbes, USA Today, and CNN. Find out more about Roni here.