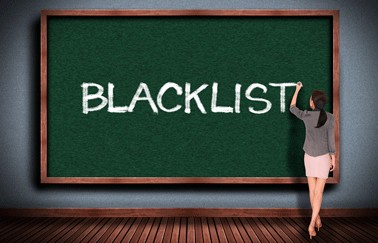 New conversations are starting about the occasionally fractious relationship between appraisers and selling agents. The complaint that some real estate agents are guilty of appraiser blacklisting (refusing to allow certain appraisers to appraise their listings) isn’t a new one. But it seems to have become more common lately.

Most often, apparently, agents complain that a certain appraiser lacks “geographical competence” (i.e., the appraiser doesn’t know local conditions). While this is sometimes a legitimate objection, appraisers fear that the unspoken complaint is, “This appraiser doesn’t hit the numbers I want him to hit. He’s a deal-killer.”

The impact and ethics of appraiser blacklisting

The subject came up for considerable discussion at the National Associaton of REALTORs® (NAR) Appraisal Summit in late July, which focused on the regulatory burdens facing appraisers and how regulations might be affecting the growth of the appraisal industry. Attendees also raised the issue of the increasing instances of real estate agents preventing appraisers from access to the subject property for a variety of reasons. Regulatory representatives at the summit affirmed that only lenders—not real estate agents—may control selection and retention of appraisers for a mortgage-related appraisal.

Greg Stephens, chief appraiser at Detroit-based Metro-West Appraisal Co., shared an email conversation he’d had with the NAR on this issue, in which he claimed that the Greater Metropolitan Association of Realtors in Michigan had dismissed his grievance against one of its member agents, who he alleges has barred his company from appraising her listings.

“We got a favorable reaction from Sehar Siddiqui, the NAR’s regulatory policy representative, who got up at the meeting and reminded members that it’s an ethics violation to interfere with the appointment of an appraiser,” he reports. “Our grievance was that a certain agent was actually naming an appraiser and telling other realtors ‘don’t have this company appraise your listing.’ That’s an egregious ethics violation that strikes at the concept of independent selection, which is in the Dodd Frank regulations. An agent cannot, as she did, say ‘We respectfully decline Metro West.’ If there were an issue, the agency could communicate that to the lender, showing material deficiencies; the lender could then do an audit and see if it’s justified. But that’s up to the lender, not to the agent.”

It’s important to keep in mind, Stephens insists, that the potential buyer is paying the appraiser, and the lender determines who appraises a listing.

“Most appraisers are legitimate,” he says, “but a few will hit any number the agents want them to hit—and agents talk among themselves. They know who’s in this latter group.”

Martin J. Wagar, who heads Wagar & Associates in Kalamazoo, Michigan, asserts that the practice of denying access to certain appraisers has been prevalent “since day one, only not as much as today.”

“Many agents don’t understand that they’re included in the Dodd Frank regulations because they have a financial interest in the transaction,” he says. “Lenders can’t go appraisal-shopping. An agent might tell a lender, ‘This guy killed my last three deals. You need to reassign.’ The lender sometimes will do that, but this practice interferes with appraiser independence.”

Wagar urges lenders to be selective in the appraisers they employ, rather than putting an appraisal up for bid.

“If you’re an agent, and you see a lender hiring a geographically incompetent appraiser—or if you believe that the lender has allowed someone with a financial interest to influence the selection of the appraiser—your only legal remedy is to switch lenders,” he says. “It infringes on antitrust laws, if you say, ‘I don’t like this guy; he kills all my deals.’ But regulators won’t deal with a tiny infraction unless someone says something, so this is a bell that appraisers need to ring.”

Phil Crawford, host of the radio talk show Voice of Appraisal, describes agent blacklisting of appraisers as “a growing problem.” The practice is particularly prevalent in hotter markets, Crawford says, such as Denver, Cincinnati, and Los Angeles. In those markets especially, he suggests, agents are trying to make up for the low prices they had to live with six or seven years ago, and won’t tolerate an appraisal that doesn’t suit them.

“There’s no such thing as a low appraisal,” he insists. It’s just that the appraisal might have come in below contract price. Appraisers are not there to value emotion, and a contract is based on emotion. We’re there to find the most probable selling price. But a lot of appraisers live in fear of making a lender or an agent angry.”

Crawford points out that the current historically low interest rates are aggravating the situation, since the nearly 0% rate is creating a pricing bubble.

“The 0% interest rate policy is unhealthy, not natural,” he says. “It punishes savers, and helps speculators and borrowers. The extremely low interest rate pumps up the price, because people buy not the value of the house, but what they can pay per month.”

Thus, says Crawford, the artificially low interest rate takes away housing affordability, because it encourages speculators to come into the market and drive prices up.

“If I’m 65, with $200,000 in the bank, I need a 5% certificate of deposit, but now that’s gone. I have to invest in a riskier asset class. The tragedy occurs, then, when grandma and grandpa have to buy a junk bond instead of a 5% CD. Now they have to go through their principal quicker—because they live longer. Then they have to go to their house and take out a reverse mortgage—and they die with nothing. Meanwhile, agents are caught up in the pricing hype, and appraisers are stuck in the middle.”

François Gregoire, past chairman of the Florida Real Estate Appraisal Board and currently president of Gregoire & Gregoire in Saint Petersburg, Florida, says it’s hard to determine how widespread this issue is, but he agrees that complaints are common.

“Prior to Dodd Frank being passed, I used to recommend—and still do—that agents control access to the property so they can meet with the appraiser,” he says. “I also suggested that if the appraiser lacked competence, the agent should deny access and report the situation, but that is not the right tack to take now. Instead, the agent should encourage the borrower, who is paying for the appraisal, to contact the lender and express concern.

“An appraiser’s competence should not be based on physical proximity to the property—he could live on the other side of the state—but when an appraiser shows up with out-of-state plates, and asks for comparables, or doesn’t have access to the MLS for the area, those are flags.”

“I encourage agents to be a resource for the appraiser,” he says. “Communicate meaningful and relevant information that the appraiser might not have access to otherwise, like pending sales in a neighborhood, previous offers on a property, and so on. This is especially important in the under $200,000 market, which is very thin, where it’s not unusual to have multiple offers in seven days, sometimes above the listed price. Those high offers may in fact be market value, but still, the appraiser has to write a report and explain to the lender why the contract price is above the listed price. You can maximize the possibility of this happening if you can provide documentation of those offers to the appraiser.”

Gregoire recalls a recent incident where he appraised a house at $110,000, although the asking price was $119,000 and the selling price was $125,000. In situations like that, he advises, agents should make the high offers available to the appraiser as soon as possible.

“Appraisers are often under the gun to complete a report by a certain delivery date that barely gives them time to do enough research,” he notes.

Dan Bradley, Director of Online Appraisal Curriculum at McKissock, agrees that denial of access by a real estate agent is “a violation of appraiser independence, plain and simple.”

“The appraiser should not simply let this go. If agents realize they can get into trouble by doing this, they will think twice. The only reason they do it now is that they think they can get away with it.”

Have you encountered appraiser blacklisting? Describe your experience in the comments below. Keep up with the latest appraisal industry news by subscribing to our blog.

Article by Joseph Dobrian. Joseph Dobrian has been writing about commercial and residential real estate, and real estate-related finance, for more than 30 years. His by-line has appeared in The Wall Street Journal, The New York Times, The New Yorker, Real Estate Forum, Journal of Property Management, and many other publications. He is also a noted novelist, essayist, and translator. His website is www.josephdobrian.com, and he can be contacted at [email protected].