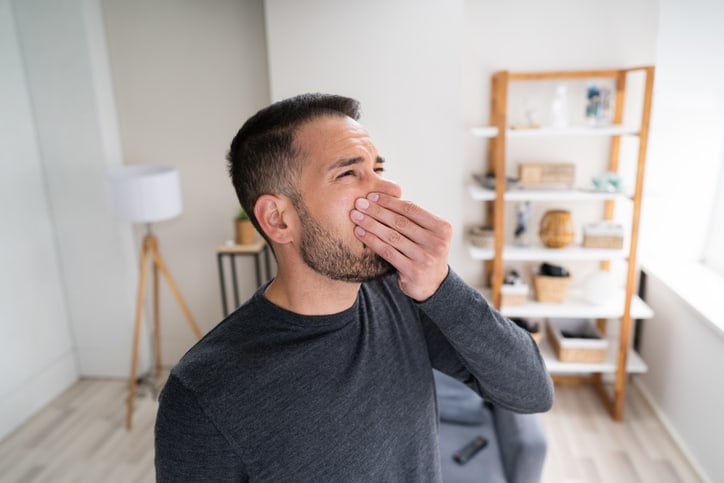 The negative impacts on the marketability of residential properties caused by odors from pet dander, feces, and urine can be significant factors in the price a buyer is willing to pay.

For example: I had an assignment to appraise a 3,500 sq. ft. four-year-old masonry house of well above average quality construction. It was unoccupied so I used my MLS Lockbox key for access.

Upon entry, I noticed an intense odor from animal waste, which was just terrible. I phoned to notify my local lender client of the problem. The client said that it couldn’t be that bad, to which I said to come check it out yourself. My client never got past the foyer, cancelled the assignment, and denied the loan.

Odors tend to creep up on the occupants of a home over time, and therefore they become accustomed to the smells. They will often deny its existence, and can become very offended when told their home stinks.

The standard appraisal report’s definition of market value refers to “typical buyers,” most of whom would become acutely aware of such odors right at the door, and when it’s significant will either walk away or discount their offering price.

The cost to eliminate these odors can be quite expensive. I’m aware of a case that required removing and replacing all floor coverings, treating the slab, walls, and ceilings with special antibacterial chemicals (it’s usually bacteria that causes the smell), sealing the slab with a special polyurethane-like sealer, priming and painting drywall surfaces with special products, and multiple treatments with an ozone generator.

Another example is one of my own rental properties. The house had never had any dogs or cats living there. A tenant came along with a large dog and was in the house for one year. The dander smell from dead hair was intense, but the urine smell was even worse. To cure the problem, it required replacing carpets and pads in four rooms, using special cleaning products on ceramic tile, vinyl, and laminate floors, wiping down walls and other surfaces with antibacterial chemicals, and repainting two rooms where the dog rubbed against the walls and left oily residue.

Two years and two tenants later, I recently had to bring in a specialist because there was still a urine odor in an area of the living room from under the carpet where bacteria had survived the previous treatments.

It isn’t just dogs and cats that cause odors. I had a tenant whose child had a hamster or gerbil. A urine smell in the bedroom didn’t go away with just routine cleaning, and apparently the little critter occasionally had run of the house, as tiny droppings were found in every room.

Free Download: Ready to launch your appraisal career? Find out how to become a property appraiser our free guide.

How do appraisers address these odor issues?

There is not a lot of data out there on which houses sold with dander, feces, and urine issues and which did not. I am also not aware of a scaling standard in existence that might facilitate placing a number on the degree of negative impact of such odors. Even if one could poll buyers, sellers, brokers, and appraisers for their opinions, how do you quantify the degree of impact without each of those individuals visiting the property in question and sniffing around?

In one of my pre-license class field trips to inspect a house that was on the market, it was obvious to all 28 students why the house had been on the market so long. An intense dog odor permeated the house. When asked about the cost to remediate, there were a couple wild guesses. When asked how much they thought the price would have to be discounted to achieve a sale, the answers likewise were all over the place.

In cases when a home is near something like an open-air sewage processing facility, an appraiser might be able to find sales with similar odor issues to use as comparables or at least be able to do a paired sales analysis to quantify an adjustment comparing impacted to non-impacted properties.

Cooking odors are generally easily removed at little or no cost by airing-out or use of over-the-counter air freshener sprays (but not always). Lesser dander smells might be addressed by thorough cleaning and deodorizers. In contrast, feces and urine bacteria related odors are also considered removable, but often there is a significant cost that is near impossible for an appraiser to accurately quantify themselves.

I’ve always handled strong mold related odors, as well as adverse smells I couldn’t identify, by appraising the property subject to inspections and cures by appropriate professionals. That way I’m saying I can’t tell you what it’s worth with this odor, but if the odor problem is fixed, I can tell you what the market indicates the value would be.

One way to handle severe dander, feces, and urine situations would be to treat the issue like the mold example above. Appraise the property subject to a professional service that specializes in removing such odors and their sources signing off that the problem has been cured and not just temporarily masked.

Want to contribute to our blog? Apply here to reach thousands of readers on a weekly basis and establish yourself as thought leader in appraisal.