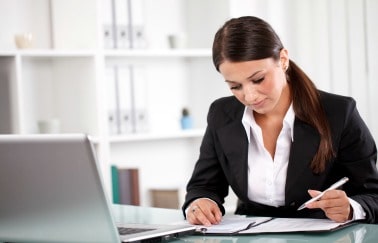 Traditionally, the sales/brokerage side of the real estate profession has a reputation for being one of the most woman-friendly career options available in the Western world. The National Association of REALTORS estimates that about 62 percent of REALTORS are female. The appraisal business, however, is mostly male-dominated, with males making up about 75 percent of
the profession.

The gender gap in appraisal doesn’t appear to be attributable to any efforts to keep women out of the business. It just seems to be a profession to which men are more likely to gravitate.

“To crack into this business, you have to have someone mentor you; it’s not like law or accounting where you just get the degree. You need to acquire the essential acumen through education and your skill set, and the right personality. You need real-world experience, bumping up against how the market functions, and that’s nothing you can learn in a book.

“I got into the business in the 1980s, during the savings and loan crisis, when suddenly the industry needed more appraisers, and I took the opportunity because frankly, I was not a very good broker. Banks were staffing up with appraisers; I could handle the writing side of appraisals; I loved the math—so it was a no-brainer.

“You don’t see many women in appraisals because it’s an obscure field that you have to kind of trip over. Plus, it’s a networking type of industry. You’re in the field, networking with developers, brokers, etc., to get market information. New entrants need to get enmeshed in that network—but there are no barriers. Once you’re in, you’re in.” Learn more about Heidi Lee.

“I got my real estate license in my thirties when 95 percent of the business was women. Then I got into appraisals because you’re an independent contractor and can set your own hours. Well, appraisers were 95 percent men.

“Once I appraised a small farm in southern Maryland where four dogs were protecting their property. I like dogs, but they were not friendly at first. An old man put his nose out the front door and hollered, ‘State your business!’ I said, ‘I’m the appraiser.’ He said, ‘You’re a woman!’ But he called off the dogs; I introduced myself to them and made friends with them. The owner then followed me all around the house, like he couldn’t believe I knew what I was doing.

“To this day, though, women—particularly women with a southern accent—will be your top salespeople.”

“I stumbled into appraisals when I was first out of college. A temporary employment agency offered me part-time work as a home office assistant, and the employer turned out to be an appraisal company. I had no idea what appraisals were. I learned about the industry through my boss: I asked him to train me. He’s 67 now and preparing to retire. I’m still working for him, but I’m transitioning to working for myself.

“No matter how many properties I appraise, I’m struck by how emotion-driven people can be when they purchase a home. Time and again, people will say, ‘I have to have this house; I don’t care about the price,’ and I sometimes have to say to myself, ‘No, you can’t be doing this. You are paying way too much!’ But people often don’t want to hear the truth.

“You work for the mortgage company, and if a property can appraise at a certain number, excellent. But sometimes it just can’t appraise at that figure, and you have to inform the bank to that effect. Sometimes you do wonder whether you’re getting the numbers right.” Connect with Liz Surles.

“I was previously in the restaurant business; I got out of it when I went through a divorce. A neighbor told me appraisals would be a nice move for me. He helped me find a job with a local firm, where I did residential appraising for about six months and decided it wasn’t for me. It was too repetitive, and I enjoyed the analytical part of the job, so I learned to be a commercial appraiser.

“My bosses figured that since I was a woman, I’d know more about design and decoration than a man, so they had me focus on apartment buildings and subdivisions. Then when I got my MAI, I started my own appraisal firm with another woman. This was at a time when financial institutions were not ordering the appraisal report: It was the buyer or developer who ordered it to shop to various lenders. So, at that time, an appraiser had to be more entrepreneurial.” Learn more about Brenda Dohring Hicks.

“Most appraisers are older men; the Appraiser Qualifications Board has made it harder to get licensed. Appraisers could be scarce in a few years.

“I don’t know why they increased the requirements, except that a few years ago, in the early 2000s, the industry had a problem with appraisers inflating values—which was one reason the housing market tanked. That’s why appraisal management companies have evolved.

“You see all kinds of things in this business. Today I was in one of the worst properties I’ve ever been in. It was an REO bungalow, which I almost fell into when I entered since there was no floor.

“One family had a pig pen built in their foyer, with a 200-.pound pig living in it. ‘Be careful, he bites,’ they told me. This was the third pig I’ve come across as an appraiser. The first was a Vietnamese potbelly—litter trained, came when you called him. Another was a 100-pounder that lived out back. But this one was huge, lived in the house, and wasn’t very domesticated or friendly. The area was pretty dirty.” Learn more about Heather Switala.

Where are all the women?

Are you a female appraiser? We want to hear your story, so leave a message in our comments. Do you work with some top-notch female appraisers? Give them a shout-out in the comments below.

Article by Joseph Dobrian. Joseph Dobrian has been writing about commercial and residential real estate, and real estate-related finance, for more than 30 years. His by-line has appeared in The Wall Street Journal, The New York Times, The New Yorker, Real Estate Forum, Journal of Property Management, and many other publications. He is also a noted novelist, essayist, and translator. His website is www.josephdobrian.com, and he can be contacted at jdobrian@aol.com.