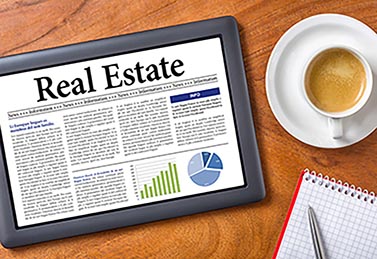 We’ve gathered a few of the top real estate news stories from across the web and encapsulated them right here for your reading pleasure. Hey, it’s the holidays! Who has time to read an in-depth article on each topic? Now you don’t have to—unless you want to (links at the end of each synopsis). Take a moment to add your comments. We’d love to hear what you think!

What are the housing market expectations for 2018?

As the saying goes, timing is everything. And some are predicting that the new year is going to be all about just that. Renters and buyers both should take heed.

What you can expect from the housing market next year: https://t.co/7xmX4EmT2B pic.twitter.com/3hQRXcYlTD

People are still unsure about their ability to get into that first home, Trulia is reporting, and they are getting a little tired of optimism about the future. High rents are making it tough to save for a down payment, and fewer starter-priced homes are available.

Everyone has been talking about the lack of inventory on the market since the Great Recession. And things haven’t improved much on that front. Mixed-use communities—dubbed “surban”—are on the rise, with development focused on creating an environment where tenants and homeowners can live, work, and play.

With cities still a favorite place for younger folks to live, developers are building smaller places to increase their profit margins. So far, residents seem to be making it work.

The number of people renting versus owning is on the rise—and likely to continue to grow as we move into 2018. Although the prices (sky-high in some markets) probably won’t go down, renters might gain more power when it comes to lease negotiation because so many new builds will be completed.

The GOP’s tax reform is on everyone’s mind, especially regarding how this will affect current and future homeowners. Experts agree that the proposed changes will likely impact those on the coastal markets most, but for now, it’s anyone’s guess as to what it might mean for the real estate market.

The two major parties are living in parallel universes when it comes to the new Republican tax bill. https://t.co/doXZex4qFK

Decade since recession: Thriving cities leave others behind

It’s almost difficult to believe it’s been a full decade since the Great Recession that officially began in December 2007. It was quite a blow to the nation’s economy as it hovered on the edge of a full-on Depression.

There has been plenty of growth across the country in the years since we narrowly missed the total brink of disaster, but not every area has recovered.

Seattle is among a handful of cities that have enjoyed a boom in the past decade, with signs of a busy, bustling city all over: tall cranes, packed hotels, packed restaurants. Other cities that are flourishing include Denver; Portland, Oregon; Provo, Utah; and Raleigh, North Carolina—most likely because they have become tech hubs. Pittsburgh and Oklahoma City are also sitting pretty, as is Boston, which saw the eleventh best income gain in the country since 2007.

Contrast those cities with Las Vegas, dotted with half-built housing developments and residents who are making 20 percent less than they were in 2007.

The South and Midwest have also been hard-hit, and it shows in fewer jobs and lower household incomes today than before the downturn. Too many manufacturing jobs have either been lost to China or have been replaced by technology.

The gap between the richest and poorest U.S. cities is nothing new, but whereas the gap narrowed somewhat from the 1880s to the 1980s, this is no longer the case. Experts blame high-tech workers tending to locate within the same cities, steadily rising home prices and rents, and industries that were leveled by the recession.

What to do when your home isn’t selling

Sure, it’s a seller’s market in many places all across the country. But that doesn’t mean homes are selling themselves—well, at least not everywhere. What do you do when you have a stubborn listing that is not moving—or letting the sellers move?

Apparently, not even the North Pole is exempt from an uptick in real estate prices. The residence of Kris Kringle, which was added to Zillow’s site in 2016, is enjoying a 6.5 percent increase in value. The current Zestimate of this 2,500-square foot home that sits on 25 acres of arctic bliss is $710,559. Are you ready to make an offer?