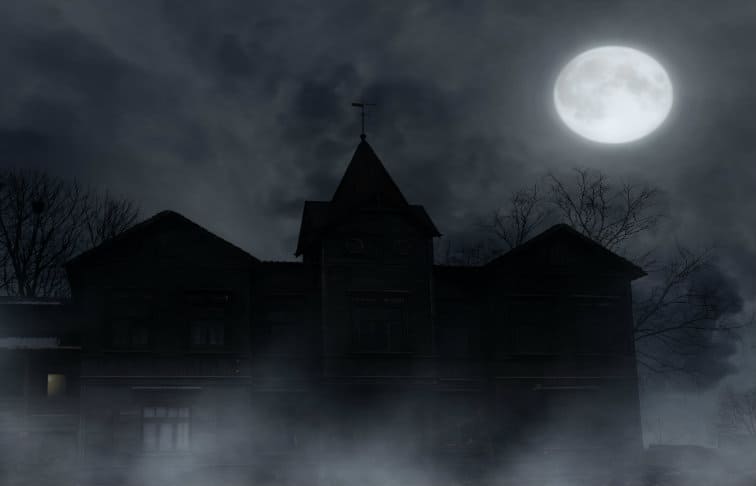 Trying to sell a haunted house? While a property with a spooky backstory might be a turnoff to some buyers, to others it could hold just the right intrigue to get them truly passionate about making a purchase.

Whether you believe in ghosts or not, homes with spooky mythologies are listed for sale each year in the United States. A recent Realtor.com study found that one in three people said they’re likely to purchase a haunted house if they can get a better deal on it. This particularly holds true for millennials — 17% of that age group said they’d be willing to consider a house with a poltergeist inhabitant if the price was right.

FREE Guide: Learn how to earn more with our 2018 Real Estate Income Guide.

We asked real estate agents across the country about their experience on what to do if you need to sell a haunted house. One story that stood out to us was the experience of Chuck Vosburgh at NextHome Gulf to Bay in Florida. Why? Not every house that has a strange backstory will also have rumors of being haunted. Sometimes, you’ll just have to deal with a house where there was a death or a deceased body that went unnoticed. Those can be tricky too.

Here’s how Chuck tells the story of selling a home where a death occurred:

We had a property to sell where a tragic death had occurred, but selling the property was not a problem. A man in the prime of his life slipped and fell on his back porch, hit his head and bled to death. He wasn’t found until several days later when a neighbor investigated the smell coming from his property. Naturally, the story was well known and our job was to sell the property for the relatives.

Here’s how we sold it:

Some haunted houses have been sold by our office:

It’s important to know the law in your state. In Florida where I work only material defects have to be disclosed, but we also have a responsibility to be deal fairly and honestly. I believe that trying to conceal facts will always come back to haunt you (get it, haunt you… lol) so if in doubt we always err on the side of disclosure.

Ain’t afraid of no ghost

Selling a haunted house might not be as daunting as you’d expect. While it will scare some buyers off, others revel in the opportunity to strike a deal. Some buyers don’t believe in ghosts and aren’t bothered either way. So, next time you have a property with a few skeletons in the closet, think twice before you run screaming.