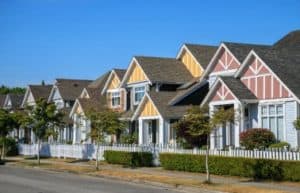 Foreign investors could very well be your meal ticket. At least that is what the new report 2016 Profile of International Activity in U.S. Residential Real Estate by the National Association of Real Estate suggests.

As the U.S. dollar is growing stronger—and other countries experience economic downturns—foreigners are jumping at the opportunity to invest in U.S. real estate. While the report focuses on residential purchases, all market segments, including commercial and industrial, are poised to see an uptick in foreign investment.

Here are some key highlights from the report that indicate the trend is one all real estate agents should take seriously:

To better serve those clients, wise agents will take the time to learn about the cultural nuances of those countries—and the countries of any client with whom they work.

We’re seeing a shift in the type of buyer

Takeaway: So what does all that data mean for you? With an influx of foreign buyers who are purchasing higher-priced homes, you have an opportunity to serve a niche group—and make a great deal of money. Just be sure that you learn everything you can about working with this unique cohort of buyers, including cultural differences, financing for foreign persons and establishing credit, tax and documentation requirements, and more.

Take the Foreign Investment in U.S. Real Estate  to learn everything you need to know to stay ahead of this trend.