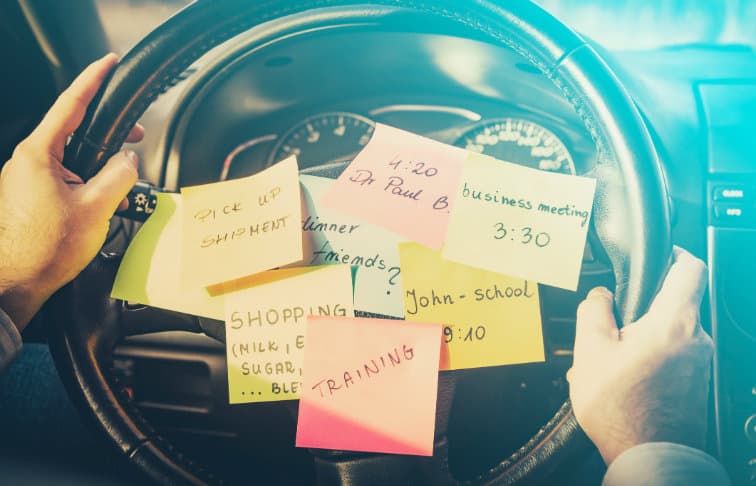 Running a Facebook group for more than 82,000 real estate agents could be a full-time job, but for Nick Baldwin and Tristan Ahumada it’s a side gig.

The two men are active real estate agents, dads, husbands and in charge of Facebook’s largest group for real estate professionals and corresponding website Lab Coat Agents. Many people choose real estate because it’s flexible, yet though real estate is a flexible career, their schedules are jam-packed from top to bottom. Yet somehow both Ahumada and Baldwin make time for family. Ahumada picks up his daughter from school every day while Baldwin doesn’t answer emails before 9:00 a.m. It’s all due to time management skills they’ve honed over the years.

“We learned this the hard way,” Ahumada said. His daughter was a newborn when the recession hit and Ahumada was regularly working around the clock, often showing properties at 8:00 p.m. or even later.

“That wasn’t the way to have a fulfilling life or a business you could maintain a healthy consistency in,” says Ahumada, who now makes sure the flexible career choices that real estate offers work for his family.

FREE guide: Become the most forward-thinking agent in your marketplace.

Baldwin came to a similar conclusion.

“You’ll see a lot of agents 5:30 in the morning or 10:30 at night,” Baldwin said. “Once you do that, it opens the door and gives your clients the permission to do that to you.”

While trying to manage the pros and cons of a real estate career, both dads decided they were going to put family first and develop better time management skills to schedule around that priority.

“I would rather see a milestone in my children’s lives than show a house,” Baldwin said.

So they developed several habits. The first involved finding teams. Ahumada started to build his when his daughter was a toddler.

“I started noticing that if I bring in an agent to help me show I’ll end up with a little bit less money but I’ll take back some of the life that I’m losing,” says Ahumada. It took him about three years after developing a team to get back to the income level that he was at before bringing anyone else on. “But during those two to three years,” he said, “I could take my daughter to preschool, spend time with her, it bonding us in ways I couldn’t if I was working all the time.”

Another thing they swear by to take advantage of their flexible career is automation.

“Nick and I are the kings of automation,” Ahumada says. They use a program that automatically follows up on leads from their website, and they personally jump into the process when a client actually responds. That way they’re not exerting energy before that following up with their many leads.

Ultimately, the two say it’s about scheduling your priorities first.

“You’ll see agents saying, ‘We’re in a business where we have to work when others don’t,’” Baldwin said. “To an extent that’s true, but it’s really not for the most part. I feel if someone’s buying a home, that’s a huge investment. That’s not something that should be an afterthought. If someone’s buying a home they need to treat it as a priority.”

“We find that most agents just plan out their schedule without planning around their lifestyle. We find that’s the biggest mistakes because they’re trying to return calls when they’re picking up their kids from school or dinner,” Ahumada said.

“Nobody talks about the whole lifestyle first approach,” he said, “but we find that’s what the most successful agents do.”