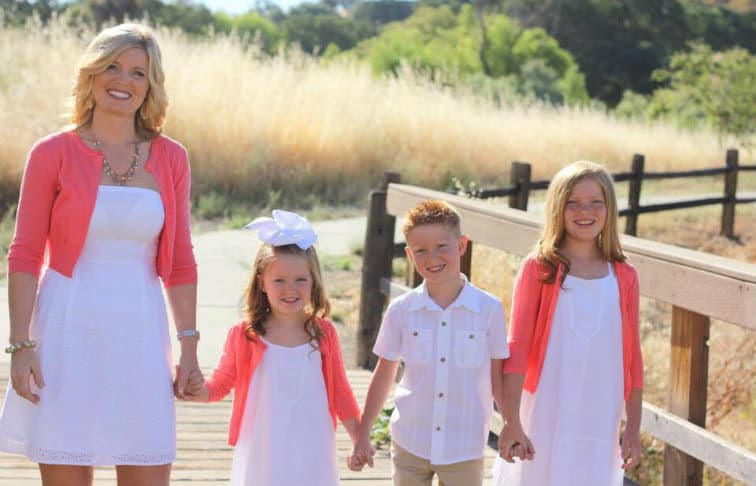 Many women pursue careers in real estate because the industry has flexible jobs for moms.

Just like many women, Colibri Real Estate alumni Amanda Todd, who founded and leads her own multi-million dollar real estate group, was looking for the very same thing.

“I had been a stay at home mom for nine and a half years,” said Todd over the phone during a busy work day that took her, in one day, to Las Vegas, Napa Valley and home to Sacramento in time for dinner with her kids. “I went through a really ugly divorce and it was really important for me to still be around for my kids.”

Finding a career that offers this flexibility is important to many women.

Statistics from the U.S. Department of Labor show that most American moms are participating in the workforce, with the percentage of working moms set at 69.9 percent the last time data was collected in 2013. Most working moms, about 74 percent, have children between the ages of 6 and 17 years old. However, as many as 57 percent of working moms have children less than a year old.

Most of these moms, about 44 percent, are in management or professional roles. Another 27.5 percent of working moms are in sales positions. Real estate, an industry which has roles that overlap both disciplines, tends to attract people like Todd who are looking for flexible jobs for moms.

“I looked into a lot of different professionals,” said Todd, who is a mom to three children ages 13, 11 and 9. “I felt real estate offered me the most flexibility to be available for my kids and make a great living. That’s why I picked real estate.”

Todd, who had no real estate experience prior to getting licensed after her divorce, sold a reported $97 million of property in 2017.

Her journey began with a real estate licensing course through Colibri Real Estate which she followed up later by posting her first transaction. She didn’t wait long to start going full force on her vision after that. In her first full year as a real estate agent, she completed over 25 transactions, earning the nickname “Million Dollar Mom.”

Do what you love. Launch your real estate career today by downloading our free Career Switch Kit.

“I have zero business background,” Todd says. “I just became a total sponge. Any time someone gave me advice I actually implemented it. No one ever executes on advice they get. I actually did.”

Within four years Todd expanded her business to become the second highest producing unit for Keller Williams in her region. She has also filmed a T.V. show and has made a name for herself as a national speaker. She recruited an 11-person staff to join her real estate efforts made up of — you guessed it — working moms. She prides herself in being able to mentor them.

“It’s kind of the joke that I’m the mom of them,” says Todd before adding, “I taught them how to do this too.” This being to be able to juggle motherhood with a successful real estate career.

She always encourages other agents who are moms to develop a strong, peaceful confidence.

“A lot of people are intimidated by the big numbers,” says Todd. She doesn’t let the big deals scare her. “If someone else can do it why not me?” She says. “People need to believe in themselves.”

Believing in herself not only gave Todd confidence and a career but set an example for her children as well.

“They’re really proud of me,” says Todd. “My older two can really remember me being a stay-at-home mom and it’s a very different life.”

Her new life means a lot more pieces to fit into the schedule so Todd has developed a habit of not wasting any second. She has a carefully constructed morning routine to get her into the right daily mindset. If she does happen to find any extra time? She uses it to train for triathlons.

Become the most forward-thinking agent in your market with our free Tips and Trends Playbook.

“I just am super intentional with how I spend every second of my day,” says Todd when asked how she does it all.

And just like she set out to do when she began working in real estate, Todd has managed to make her work life flexible enough to be there for her children.

“They’ve never set foot in daycare,” says Todd, “I’m there to pick them up every day after school.”

Of course, she’s always dressed professionally in the car pick up line, unlike other moms who might have come straight from home. But then again, that has its advantages too.

“It’s actually been a great generator for business,” says Todd. Other parents ask why she’s dressed so fancily and the conversation has lead to several new clients.