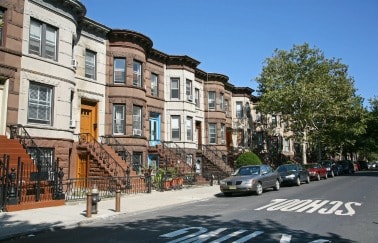 In 30 of the biggest U.S. metro areas, urban real estate development is gaining significant market share over its suburban counterpart, according to the 2016 report, Foot Traffic Ahead: Ranking Walkable Urbanism in America’s Largest Metros, by the George Washington University School of Business.

More than half—54 percent—of the world’s population lives in urban areas compared to 30 percent in 1950. That figure is expected to reach 66 percent by 2050, based on the UN’s latest world urbanization prospects.

“The implications for real estate could not be more far-reaching,” said New York property consultancy Newmark Grubb Knight Frank and its London partner Knight Frank in their 2017 report Global Cities: The Future or Real Estate in the World’s Leading Cities.

There’s been a dramatic shift in capital investment over the past few years, said Adam Ducker, managing director of RCLCO real estate consulting firm in Washington, D.C., and director of its urban real estate specialty area.

Investors and developers who concentrated on suburban growth for the last 50 years are now putting their expertise into city building, he said. “Even large-scale owners of real estate are changing their composition to include urban assets because the data shows they perform better over time.

“The growth in urban areas has been driven by highly compensated young people and, too often overlooked, empty nesters,” Ducker said. “One interesting related phenomenon is that white-collar employers are finding it difficult to attract a high-quality workforce in nonamenitized, nonwalkable areas and so the jobs are also moving back to the cities. As a result, the forward-looking suburbs are trying to take on an urban feel.”

Here are a few of the trends Ducker has seen in residents’ habits:

What do agents need to know about selling urban properties?

Most mixed-use developments include a “substantial office and/or residential element, with a complimentary but understated retail and leisure offer comprising a convenience store, a coffee shop, and a couple of branded restaurants,” Knight Frank said in the Global Cities report.

The property consultants envision a type of development that upsets the “artificially engineered boundaries” of traditional mixed-use real estate planning principals and zones, combining residential, office, retail and leisure in a nonuniform way with “a sense of vitality and diversity which are prerequisites for every successful location.”

“The ‘war for talent’ has been a critical driver, with cities competing ever harder to nurture the right ecosystem to attract the best workers. Put bluntly, if you are the right side of 40, well-educated and tech-savvy, and have an interest in art and culture, then you are in demand. While not every city has an environment that immediately appeals to this group—somewhere in between San Francisco, New York, and east London—a number are finding that they can create it.”

Take Miami and Dubai: “By focusing on innovation and creativity Dubai and Miami are strengthening their millennial appeal, reinvigorating their residential markets,” the report reads.

Schools and universities are another source of future urban real estate growth, and private industry is increasingly teaming up with the public sector to encourage innovation hubs and incubators within the redeveloping city, the report states.

“One of the biggest growth areas we see is health and fitness, an industry which has moved far beyond the obvious gym and swimming pool offer, with the intelligent use of the city as the enabler of fitness – most visibly through the encouragement of cycling.”

Real estate professionals can also learn more about how to be successful in this market through McKissock’s online course Urbanization and the 18-Hour City.