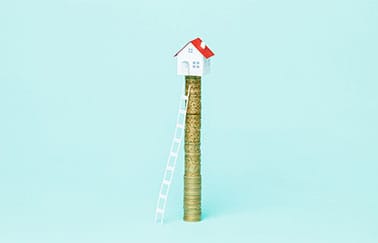 Nearly 15 years ago, homeowners were anxious to refinance their homes, thinking the interest rates had hit historic lows. “Thirty-year fixed rates were at 5.3 percent then, which was a rock-bottom point,” said Keith Gumbinger, vice president of HSH.com mortgage data firm. “We became been spoiled with ultra-low interest rates.”

More recently, from late 2016 to early 2017, the mortgage rate has been averaging between 4 and 4.25 percent, up from 3.5 percent. Although mortgage rates are expected to tick up slightly in 2017, they probably won’t hit 5 percent again anytime soon, according to real estate brokerage Redfin.

“There’s no reason to think they’ll go back to 3.5 percent either,” Gumbinger said. “Markets became enamored with higher growth, and then with the election and new administration, prospects for lower mortgage rates are slim.”

Homeowners unsure about rising mortgage rates in the future

Meanwhile, buyers are understandably nervous about the future. But there’s no reason to be alarmed. The National Association of REALTORS hasn’t seen any drastic changes in home sales, foot traffic, or buyer and seller activity, according to Danielle Hale, NAR managing director of housing research.

“While there has been a weakness in some housing market activity indicators, the mortgage rate is only one factor affecting consumer decisions. Steady job growth the last couple of years and income growth that has picked up the last several months may offset the bite of rising mortgage rates.”

Andrew Vallejo, a Redfin agent, said the rising rates are “hovering in everyone’s mind. It puts a little fire under some buyers who might want to act sooner.” But the rates will not drastically change home prices or values or make consumers rush out to buy quicker.

Redfin forecasts rates won’t average above 4.3 percent for 2017, largely because the government is a major investor in the mortgage space.

“The recent rise in rates is largely attributed to Wall Street optimism regarding [President] Trump’s proposals for increased infrastructure spending and tax cuts,” Redfin reported in its housing predictions for 2017. “Rates are still very low relative to historical averages and expected to remain lower than in 2015 when the 30-year fixed rate was 4.5 percent.”

If the rates were to increase dramatically, it would be due to an extreme change in economic conditions, such as significant job growth or a high rate of inflation, said Jeffery Marino, a Redfin analyst. “For the most part, the rise has been minimal our agents have yet to report a significant effect on the market.”

Gumbinger agreed. Even at 5 percent, considered historically favorable compared to a decade ago, consumers still buy houses, he said. The rate, though, may influence what consumers can afford and what’s available in the market.

The rate hike would have no effect on 19 percent of those surveyed,16 percent were concerned that the market with slow dramatically and the same number said prospective sellers locked into low mortgage rates would vow not to sell to hold onto their cheap mortgage.

Still, with rates fluctuating a quarter to a half percent, it probably won’t deter homeowners from selling their house, Marino found when analyzing results of last year’s survey on rising mortgage rates.

The results confirmed a separate Redfin survey of homebuyers showing that fewer than 3 percent would end their home search if mortgage rates rose above 4 percent:

Vallejo advises his clients to make informed decisions based on their comfort level and knowledge of market trends. He also suggested they shop around for lenders and negotiate the best rates.

For buyers who plan to stay in their home a long time, a 30-year mortgage offers lower rates. But for those who intend to sell within five years, he recommends they buy at the current rates.

Homeowners can also pay points at closing to get a lower rate over time, said the Austin, Texas, agent.

There are variables in the housing market that may influence mortgage rates in the future, Gumbinger said. “The housing market is still in recovery. Borrowers are still recovering from foreclosures and bankruptcies. Developers are still conservative about building. Those who want to buy still may find it difficult.”

Gumbinger offered these strategies to help consumers lower their rates:

Find out more about ensuring your homebuyers can get the financing they need in our course Helping Buyers Narrow in on Their Dream Home.

By Roni Robbins. Roni Robbins is a 30-year journalist with business, environmental, and real estate specialties. She wrote real estate articles for Mother Nature Network, the Daily Report, and Atlanta Journal-Constitution. She also reported for the New York Daily News, WebMD, and Adweek with stories picked up by the Huffington Post, Forbes, USA Today, and CNN. Find out more about Roni here.